You were my best buddy and I will never be the  same without you. Growing up with you was such an incredible blessing. You can never be replaced or forgotten. I will love you always.Nicky

Ice Man Quest was special before he was even born. His mom, while pregnant for him, fell through the ice on the pond and had to be pulled free with a tractor. Dianne and Harry Lindeborn, breeders, were worried that they may lose both Ice Man and his mom, Joanne. His sire’s name was Diamond Quest, and thus the name Ice Man Quest.

As a little kid, I was offered the privilege of showing Ice Man’s mom, who was retired as a broodmare after a wonderful show career. My favorite pictures of Joanne are the times we shared showing with my little nine-year-old legs sticking straight out to the sides because that sweet mare was so pregnant. So, I guess you could say, I “rode” Ice Man well before he was born! 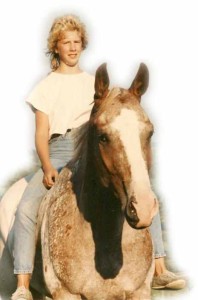 Ice Man was one of the first foalings I ever saw. Foaling was always an exciting time, especially at the Lindeborns’ who specialize in breeding and raising colored Appaloosas. To be able to witness that leggy, colorful boy entering this world from his mom whom I had been riding was a special privilege.

Shortly after Ice was born, he was sold to Chris Malik to be shown on the Appaloosa circuit. Chris worked with him at Dianne’s until it became time to go off for training for his riding career as a 2 year old. Chris chose renowned Appaloosa and Quarter Horse trainer, Terry Angelo. Terry’s goals and aspirations didn’t include waiting for a loud-colored, big, gangly, somewhat awkward colt to mature and strengthen enough to be competitive in the tough world of the breed shows, so they decided to sell him. Somehow I got it into my twelve-year-old head that we were going to the auction to buy him, a fact I neglected to share with anyone. So, off we went to the sale in Syracuse, NY with good friends Harry and Dianne Lindeborn and Norm and Ruth Davis. I spent a lot of time petting and talking to Ice Man before he was to go into the ring, and remember being very impressed at this brave 2 year old weaving his way through the crowds in the packed sale barn. As Ice Man worked his way around the sale pen, gathering a few bids, my anxiety was growing out of control. Finally, I blurted out to my poor unsuspecting dad, “aren’t you going to buy him!?” That was all the time he had to debate it in his head, and with one final bid of $1,650 Ice Man Quest was ours! As I burst into tears, the whole place erupted in applause.

Growing up with Ice Man was every child’s dream. His fabulous lessons in riding, understanding, and communicating with horses paled in comparison to the life lessons I learned as we grew together. He was the reliable friend that I needed and helped me through many tough times. I was a good student, but not necessarily the most popular kid in school, and whenever life’s lessons or the “mean girls” at school got to be too much, I could always rely on my Ice Man to be there for me. I am still searching for a horse since Ice Man that will let me cry into his warm fuzzy neck for as long as I need. My mares try, but have no idea or patience for what I am doing and why it sometimes takes me soooo long to be ready to move on and get back to work! 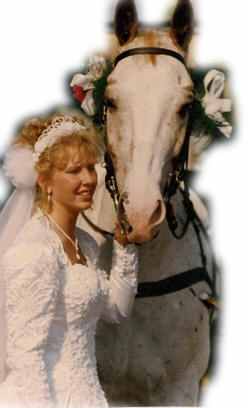 The number of crazy ideas I had that Ice Man so happily joined me on are innumerable. We always took off for a bareback ride at each winter’s first snow. Sometimes it came before school, before the sun even lit our way, but we always had a nice trail ride to celebrate that first beautiful snow fall. Everything I wanted to learn about horses, he willingly tried with me. I wanted to learn how to drive a horse, so I talked my dad into building me an Indian style travois. (He was always such a good sport, too!) This worked well for teaching him the basics of staying between two shafts and pulling something behind you, but when I insisted on standing on it so I could have a ride, the birch trees that the shafts were made of dug into the ground and Ice Man got a try at being a pulling pony! Whatever I wanted to try, he was game. From English and western pleasure and equitation to driving, saddleseat, jumping, barrel racing, trail class, team penning, roping, parades, swimming bareback in the creek, racing bridleless across fields, Ice Man did it all. When I invited him in the back door of the house where we grew up, he was happy to join me and chomp a carrot in the kitchen before returning outdoors.

Another favorite moment was winning the musical freestyle ride that I designed with help of my mom to Dolly Pardon’s, I Will Always Love You. I couldn’t begin to count the number of kids, adults, and young horses that he patiently taught throughout his life. As I grew from student to instructor, I could always count on Ice Man to safely teach even the youngest and most frightened riders. He did always find his way of having fun, though! There was the time my mom decided she wanted to ride, so after the lengthy process of getting her in the saddle, he took her for a lap around the ring then returned to the mounting block and stood there, staring at her foot, until she got off! He would also let me know when he was done at the end of a lesson by quietly walking out of the arena, back to the barn, and standing at the door waiting for his rider to dismount, ignoring the kicking, clucking and pulling that had just “worked so well” for the rider, who actually thought he or she had been telling Ice what to do and where to go for the last hour!

A faithful friend is a source of strength, and he who has found such a friend has found a treasure.

One of Ice Man’s last students, ten year old Derrick was asked who he thought he would ride when he could no longer ride Ice sums up the epitome of Ice Man. Derrick replied, “I think when Ice Man retires I will retire, too.” Ice’s many jobs that he completed expertly, and with such grace and kindness, spanned the greatest range anyone could ever ask of a horse. He was so elegant pulling the carriage for our wedding, and such a cute sweet friend lying on the floor of his stall with his head in my lap as a two year old at the New York State Fair show. Ice has been an important part of every significant day of my life. 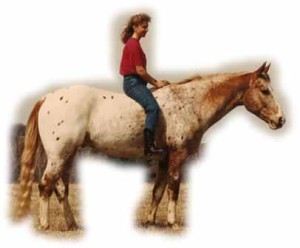 We saved him once, in 2004, when he had to undergo colic surgery at Cornell University. We rushed home from the NBHA Colonial Nationals in Lexington, Virginia, to be with him. Choosing to do surgery on a twenty-year-old gelding may have been a hard decision for some, but for Ice Man it was never questioned. Complications from the surgery led to seizures and temporary blindness in his right eye. I spent day and night at Cornell for over two weeks, with a “nest” in the corner of his stall, where to their dismay I refused to ever leave his side. He got through that, and we were able to help him through several recurrences at home.

Twenty-five years together are so many, yet never enough. I would never wish on my beloved friend to spend any time in this body tired or uncomfortable. I still struggle with the fact that there are many other horses with longer lives, but keep reminding myself that none have lived better or more loved.

When I found him in the morning, already passed, after saying good night to a perfectly happy, healthy boy just the evening before, I did not understand how he could be gone. Aunt MaryAnn was able to answer that for me in one of the most sweet and kind notes. She said, “Today you lost your best friend and I am sorry for you. He didn’t mean to hurt your feelings when he left without saying goodbye – he thought it would be best for you. That is what best buddies do. Just remember he is in a warm and better place – waiting until you meet again. He was a legend in his time.”

The hole that is left in my heart and soul by the passing of my great friend is immeasurable. I never dreamed I could hurt so much inside. 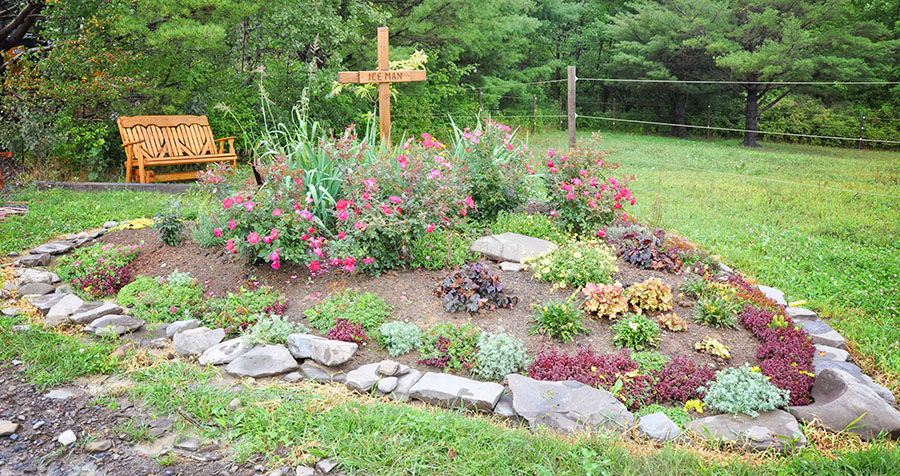